We should always be learning something new 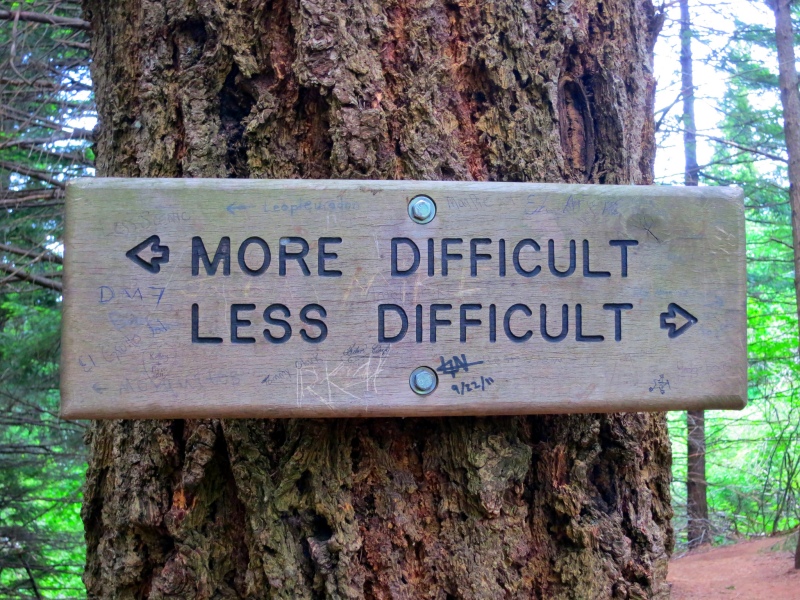 Last week I started auditing a class on Hapkido, which is a Korean martial art. A friend asked if I’d be interested in attending the once-a-week class with him and I said I would. Having never done any martial art at any time in my life (I don’t even think I’ve watched any of the Karate Kid movies in their entirety), I was nervous. However, partway through the class I realized that there is clear value in learning something completely new.

I want to list a few feelings I had, as I think they reminded me of what it’s like to be a learner, as an adult or a teenager.

I walked off the mat at the end of class and my mind was reeling.

“Now I know why students are apprehensive to ask questions.”

“Now I understand better why a student might get uncomfortable while I hover over them watching them work out a problem.”

“I have to constantly remind myself to embrace the difficulty. That’s where growth comes from, but it’s difficult to do in practice.”

“Having an instructor that recognized we were all learning was incredibly helpful. He created an atmosphere where mistakes were not viewed as setbacks, but part of the process.”

My main takeaway was that these are feelings I need to constantly grapple with. I need to try to put myself in situations in which I’m the learner, with relative frequency. It helps me better understand where my students are coming from and I think will ultimately help me become a better teacher.

Also, here’s one more thought that has popped in my head recently and probably doesn’t need an entire blog post, but fits with the theme in this one. I’m in my fifth year teaching precalculus, AP calculus, and algebra II and I can feel myself having less empathy with my students, with people learning the concepts for the first time. The first year I taught these courses I think I had a better understanding of their struggles as I was solidifying my understanding of the concepts prior to teaching them as well. I’m not entirely sure what this means for my teaching now, but I think awareness of it is important.

I’m five years into this teaching gig. I’ve taught the courses I’m going to teach next year for the last four years. I have lesson plans for each day, multiple forms of assessments written, and only a few notes scattered around for things to tweak next year. I’d like to explore the problems with being at this point in my career, specifically that it would be easy for me to practice teaching, without getting better at teaching.

The notion that practice by itself doesn’t make you better dawned on me last summer when I was taking classes towards my master’s in edtech. We read most of a book called “Why don’t students like school” by Daniel Willingham. In chapter nine, entitled “What about my Mind?”, the author draws the distinction between experience and intentional practice. He notes, “Experience means you are simply engaged in the activity. Practice means you are trying to improve your performance” (p. 92). This means that simply because you have years of experience doing something doesn’t mean you’ve been improving.

Willingham uses driving as an example, saying, “Like people my age I’m experienced – that is, I’ve done a lot of driving – but I’m not well practiced, because for almost all of that thirty years I didn’t try to improve” (p. 92). I’ve noticed this in my own practice and I’m only five years in. I’ve taught many classes the second or third time and thought, “that didn’t seem to go much better than last year.”

Willingham argues that there are three facets to improving as an educator.

I find that I’m pretty good at the first one, okay on the second one, and not good on the third.

To be clear, I’m not saying that you should be pouring hours into improving every lesson of every day all year or that everything should constantly be in a state of flux. That would be exhausting. What it does mean is that you can’t just repeat the same things over and over expecting improvement to just happen.

You may have heard of the 10,000 hour rule as made popular in Malcolm Gladwell’s book Outliers. The idea is that to become an expert in anything you need to practice it for roughly ten thousand hours. What sometimes gets lost behind the number is that it has to be deliberate practice, which is a very specific kind of practice (described in detail below). Gladwell describes this kind of practice but Dr. K Anders Ericcson is the person that did the initial research on it. If we aren’t engaging in deliberate practice, especially once we’ve gained a basic proficiency in a skill, we are likely to stop improving. In this I think Willingham and Gladwell and Ericcson are in agreement.

Here’s an example that demonstrates this. I’ve played my guitar a lot in the last couple of years but have not improved much. Why is that, despite the fact that I play at least 15 minutes every day?

The reason is that, as my wife kindly puts it, I’m mainly just “plunking around”. In other words I’m not working on specific techniques or skills each day. I’m merely playing things I already know how to play and am not actively stretching my abilities. I reached an ability level where I can play most of the stuff I enjoy playing, and I’ve coasted. In fact, I’ve slid backwards in a lot of ways as I think back on songs or riffs that I’ve forgotten.

Corbett Barr, creator of Expert Enough, in his piece Deliberate Practice: What It Is and Why You Need It, provides a good description of deliberate practice. He defines it as “a highly structured activity engaged in with the specific goal of improving performance.” This requires identification of weaknesses followed by engagement in activities to improve on those weaknesses. This is clear contradiction to my guitar practicing, and Willingham would argue in clear contradiction to how many veteran teachers approach their profession.

In the first few years of teaching, improvement is paramount. Teachers make lot’s of mistakes early so the amount of time spent reflecting and working to improve is plenty. Like any learning curve, it’s steep early on by necessity. After a few years a teacher is likely to have the big things (management, curriculum, assessments, etc.) generally worked out. It becomes easy to fall in the trap of just “plunking around”.

And this is not teacher shaming and I’m not claiming that more experienced teachers are worse than younger teachers. I’m not claiming all teachers fall into this category of not engaging in deliberate practice. I recognize that we are all generally trying to get better, but we have to be aware of how we are going about this. It’s easy once you’ve found a system that “works” to assume that the more you do it the better you’ll get.

If you’d like to learn more about deliberate practice I’d encourage you to listen to the The Freakonomics podcast episode How to Become Great at Just About Anything. It contains in-depth discussion about how to improve at anything. Much of the discussion in this episode also runs in the same vein as the concept of growth mindset. You can listen to the episode right in your browser with the above link, or head over to the Freakonomics page for the audio file and show notes.

My Tweets
Join 1,136 other followers

This work is licensed under a Creative Commons Attribution-NonCommercial-ShareAlike 4.0 International License.

Lover of math. Bad at drawing.

A site to discuss better education for all

Searching for divergence and creativity in all that math-y stuff.

I have no idea why I picked this blog name, but there's no turning back now

A Weekly Digest of the Mathematical Internet

Every artist was first an amateur.

Smile! You’re at the best WordPress.com site ever

The mathematics I encounter in classrooms

One of Thirty Voices

#iteachmath I invite you to join the conversation!